Can You Feel the Burn? 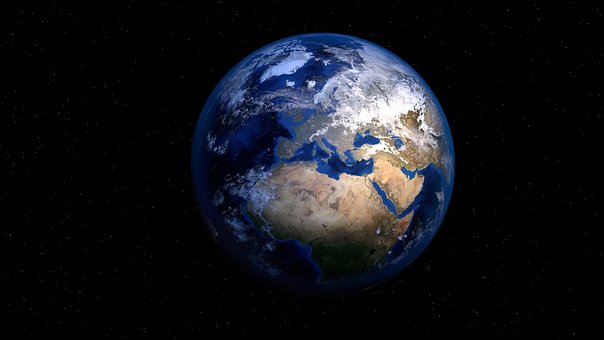 The ice caps are melting, the water levels are rising, and the polar bears are dying! Though this is an unfortunate situation, not many people sympathize with polar bears enough to care about what is happening to the earth; our home. But that doesn’t mean this is not a dire situation, and in order to prevent global climate change from worsening, it is important to know what is actually happening.

“The idea of global climate change is that over recent history, being the last hundred years or so,  we have seen an increase in global temperatures,” Courtney McKnight, a science teacher at Arapahoe High School said.

The sun shines light onto Earth, which absorbs solar energy at the surface and radiates it back into the atmosphere as heat. Climate change is occurring because specific gases encase this heat in Earth’s atmosphere, thus the title, “greenhouse gases”. As more and more gases are put into the air while the sun continues to shine, global climate change worsens. There are many greenhouse gases, but water vapor, methane, and nitrous oxide are most notable. Among these is the one of the most infamous and harmful gases, carbon dioxide. Many believe that these gasses are a result of fossil fuels, and climate change may be slightly alleviated if the use of such fuels was reduced.

As the earth heats up, temperature patterns are changing. Simply stated, days of warm weather are increasing while cold days decrease. Though this may not seem like a big deal because many people would enjoy warmer days anyways, climate differs from everyday weather.

Researcher Janae Csavina has a PhD in Environmental Engineering with a minor in Atmospheric Science. She works for the National Ecological Observatory Network (NEON,) funded by the National Science Foundation (NSF.)

“There is a difference between weather and climate. Climate change does not mean that every day is going to be warmer, the average temperature of the entire world for the entire year is warmer,” Csavina said.

This gradual change of overall temperature alters the features of every biome on Earth, threatening life forms of all kinds.

Temperature plays a role in the soil, humidity, and sunlight of biomes. It affects all of these factors and determines what types of plants and animals can or can not survive in the the rapidly changing environment. In a chain reaction, global climate change increases the temperature, which adjusts the expected characteristics that an organism may or may not have, and endangers those who are no longer suited to a specific environment.

An excessively warm earth means that water levels are rising because ice caps and glaciers are currently melting.

Not only are polar bears in danger, but so are humans who live near water.

“Sea levels rising will also be an impact to humans with coasts looking much different in the coming years,” Csavina said.

As the sea increasingly rises and shorelines move inland, islands and coasts will soon be underwater. This is a negative impact for humans because the current population will grow with less land to provide for the growth.

Though it is far too late to fully prevent this from happening, the current generation of minds and technology has the power to slow it down.

McKnight said, “I think we can internalize that [gradually climate change] if we continue down this path doing the things that we continue to do, we can only expect the change to be the same because history will repeat itself and if we keep changing at the rate we’re changing, then things are going to get scary. So I think what people- your generation is starting to see is, ‘Let’s not make the mistakes of our grandfathers and our fathers. Let’s start to clean up  our act and not rely on these things that we have seen have adverse effects.’ [Youth] know more than we did when we were younger, and definitely more than your parents did and definitely more than your grandparents did and so don’t be the generation in which history repeats itself. Change it. You’ve seen that these things can have adverse effects to our environment, regardless of what you think politically or not has a direct correlation. We know it can’t be helping. So what’s the harm in changing it?”

Though the next generation may be the one to make a difference, this will take more than a few adolescents. Climate change is threatening all of humanity, meaning it is the responsibility of all humans.

“This is a humanity issue. We can’t just shove it off for the next generation to worry about it. While climate change has been theorized since the 19th century and it has taken a couple of generations to firm up the details of the cause and effect relationships, science is there and we understand now more than ever what is going on with the climate. Do we understand everything- no, and that is where adolescents can continue to study or just support the science. It takes sacrifice from everyone to tackle the grand challenge of climate change,” Csavina said.

Now is the time to realize the serious extent of global climate change and confront it. Though recycling one cup may seem like a minimal effort in the face of this, if enough of the world’s population is ready to put in an effort, than real changes can result.

“There are tons of apps online where you can go on and you can figure out what’s called your carbon footprint, and there are little things like “DOT,” ‘Do One Thing. Are you going to use reusable water bottles? Are you going to make sure you turn off your lights? Are you going to bike to work?’ So all of these little things can build up to big things so those are things each individual student can do. Bigger picture things are figuring out how to get composting for school or figuring out how to turn Arapahoe High School into its own sustainable building. The way that that that change happens are from groups of students  who get inspired and empowered to make those changes,” McKnight said.

Regardless of how global climate change may be occurring, it is inarguable that the effects are currently taking place and are negative. Now is the time to starting noticing and caring. Take action, be passionate, and make a change in order to protect earth, our only home, from global climate change.