The Latest Young Artist to Join the 21 Club: Juice Wrld 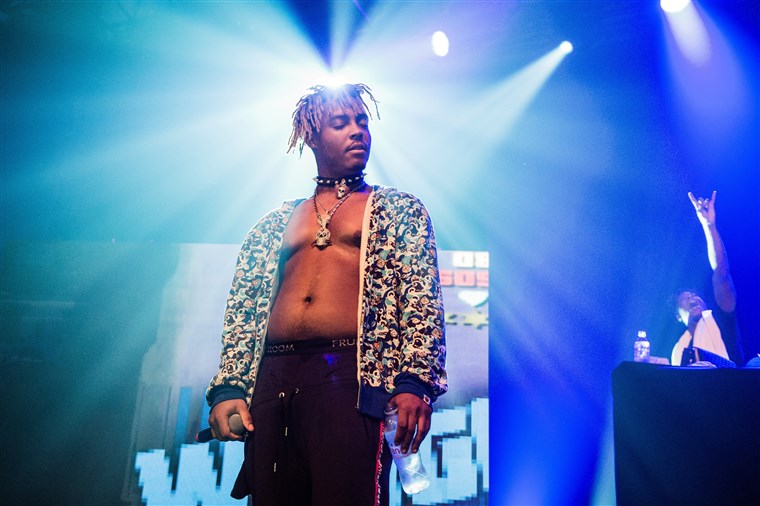 The deaths of famous artists in the past, such as Joplin, Hendrix, and Morrison, the deaths of Juice Wrld, Lil Peep and XXXTentacion are the sad result of continued drug abuse in the music industry. Over the years, this has created a dangerous precedent for the drug culture in todays society.

Over the weekend, famed rapper Juice Wrld, reportedly suffered a seizure in Chicago’s Midway Airport. The details of the rapper’s death were unclear at first and non-disclosed. Most were able to assume that it was the result of drug usage, as it usually is with young artists. Juice Wrld had previously mentioned in his song “Legends” that these rappers aren’t making it past 21; this is the 21 Club. Juice Wrld, just 6 days away from turning 21, was apparently under watch by TSA after his pilot was obligated to tip the security team of possible contraband in the singer’s luggage.

Though the initial autopsy was inconclusive, it has been reported by TMZ that the rapper swallowed copious amounts of pills, such as Percocet, in order to avoid security finding them in his and his team’s bags. After commencing the search, police found 70 pounds of marijuana and six bottles of prescription codeine cough syrup on his private jet. Juice Wrld had been known in the past to mix Percocet and lean, a very dangerous combination that is sure to have had extremely harmful affects on the young rapper.

Before Juice’s death, there was Lil Peep, who died at age 21 from an accidental overdose in 2017, and XXXTentacion (20) and Jimmy Wopo (21), who were shot dead on the same day in 2018. Juice foretold his own death in a tribute to Peep and XXXTentacion titled “Legends.” This song ties into the idea of the 21 Club.

XXXTentacion died at 20, but his legacy is inseparably linked to those of Juice and Peep; they were three of the most widely listened to and influential rappers of SoundCloud rap, the broadly defined genre that, in the case of the aforementioned artists , integrates elements of emo and punk with rap. One defining quality of SoundCloud is that it is truly an essential music industry crutch; its greatest successes created music on the platform for months or even years, cultivating massive fan bases, before attracting the attention and notoriety of major label scouts. And then, they crossed over into the mainstream. They made it for a minute. Until they didn’t.

The deaths of these young rappers are the product of this drug culture that has been created and accepted within the music industry. During this specific time in the industry, Juice Wrld, Lil Peep, and XXXTentacion were all known to have been struggling with deeper social and mental ills. Their depressive music resonated with fans, giving them and their record labels the millions of dollars they wished for.  If any institution is to blame here, it’s the music industry. They have been proven to continually sets up young artists without installing safeguards to protect their mental and physical health, along with throwing them out into the industry without any forewarning about the intense rigors of fame.

At this point, it is up to companies like Interscope, Juice Wrld’s record label, to completely rethink and rework the way that they interact with and protect young artists from this dangerously common culture that continues to grow.