Options For The Broncos In The NFL Draft 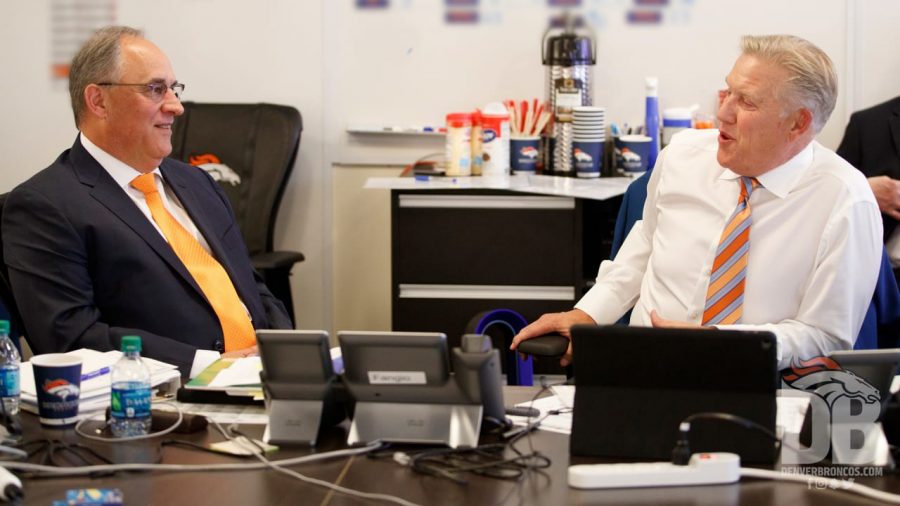 The 2020 NFL season has completed, leaving the Broncos with the 15th pick in the NFL draft. Even though free agency hasn’t happened yet, speculation and mock drafts have surfaced all over the sports world, hoping to predict the most vital part of the NFL offseason. This draft is critical for both General Manager John Elway and the Denver Broncos franchise, which needs a boost if they want a shot at making the playoffs next season.

With Chris Harris Jr., Justin Simmons, Adam Gotsis, Shelby Harris, and Derek Wolfe all set to enter free agency, the Broncos need to prioritize the defense in this draft. Some of those players will return to Denver (most likely Simmons, Gotsis, and Wolfe), but Denver cannot afford to keep all of them.

That doesn’t mean all of the 9 (potentially more) picks in the draft, including 5 in the first 3 rounds, will be used on defense. John Elway will most likely draft at least 1 wide receiver and offensive lineman, as the Broncos are lacking depth in those areas. Also, Devontae Booker and Theo Riddick are going to be free agents (and unlikely to be re-signed), so Elway could take a late round running back.

With the 15th pick in the draft, I believe the Broncos should pick Kristian Fulton (CB) from LSU. Fulton has excellent traits for a corner, and a lot of potential. Coach Vic Fangio would plan on developing him into the Broncos top corner if they move on from Chris Harris. Henry Ruggs III is also a great option here, but this wide receiver class has so much depth, I would feel more comfortable taking one in the 2nd or even 3rd round.

Now that corner is taken care of, I would draft a wide receiver here. If the Broncos were lucky, they could snag Henry Ruggs III, Tee Higgins, or hometown hero Laviska Shenault Jr. Most likely, these players will all be taken in the first round, or maybe the early second round. If the Broncos do not trade this pick, they could take Justin Jefferson, Jalen Reagor, or Michael Pittman Jr. Reagor has been matched with the Broncos the most often, but if Jefferson or any receiver listed before him is available, John Elway should snatch one of them up first.

John Elway has a plethora of 3rd round picks to work with, including the Broncos own pick, the Steelers pick (acquired in trade down during the 2019 draft), and the 49ers pick (acquired in the Emmanuel Sanders trade), respectively. With these picks, Elway should target interior offensive line, interior defensive line, and potentially anything else. The 3rd round is the first of what I consider the “wildcard rounds”, where teams no longer always draft based on needs, and instead target players that they believe are underrated. Tyler Biadasz (C/G), Jason Stowbridge (DT), and K’Von Wallace (S) could all work here.

The Rest of The Draft

The rest of the rounds are nearly impossible to predict even partially accurately. The NFL combine hasn’t happened yet, so lots of players listed above and other that have not been mentioned could get their rankings drastically shifted. The Broncos do not have a 5th round pick (traded to San Francisco in Emmanuel Sanders trade), but they do have two 4th round picks (their own and one received in the Emmanuel Sanders trade), one 6th round pick (from Washington via the Case Keenum trade), and one 7th round pick (from New England via the Duke Dawson trade). In my mock draft (using the Mock Draft Machine), I have the Broncos selecting Trey Adams (OT), Jacob Phillips (LB), Jonathan Garvin (DE), and J.J. Taylor (RB), respectively.