Emily in Paris- Fashionable or Faux? 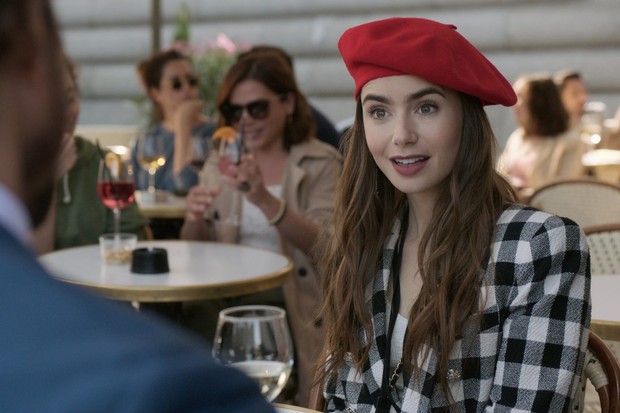 Emily in Paris, a newly released Netflix Original Series, follows a young woman, Emily Cooper, who lands her dream job at a marketing firm in France to give them an “American point of view”. While some praise the show for new and original content, others are calling it stereotypical and cliche.

“You name a stereotype, and within the first three episodes, Emily has not only encountered it but tried to rectify it, to adjust it to the American way,” complained Rebecca Nicholson from The Guardian.

Whereas Darren Star, the creator, described the show as a “love letter to Paris” seen through Emily’s eyes. “The first thing she is seeing is the clichés because it’s from her point of view. I wanted to do a show that celebrated that part of Paris,” Star clarified.

Though some cliches were deemed just to be seen through the American lens, Lucas Bravo, the French actor who plays Emily’s love interest, insisted some of the cliches were incredibly accurate. “For me the biggest cliché, so to speak — that actually is so true — is people smoking after the gym. It’s so true,” he claimed.

Along with the stereotypes, the French are not content with the fashion choices of the characters in the series. Emily is famous for layering accessories with bright colors and patterns. To put it simply, Cooper looks like she walked straight out of 2010’s Disney Channel. Bright hats, collars, gloves, heels, scarves are layered on as her everyday accessories. Emily claims that she always wanted to be Serena Van Der Woodsen from Gossip Girl, but she’s dressed more like a Walmart version of Blair.

Stéphanie Delpon, the co founder of Parisian Creative Agency Pictoresq, “The French style is all about creating space to breathe, carving out empty zones where beauty and character can emanate naturally,” stated Delpon. She explained that in most French looks, a single bright accessory is the eye-catching part of the look. In Emily’s outfits, there is too much to look at and absorb.

The show not only has cliches and bad fashion choices, but it is also choppy. There’s a new plot every episode. While it is entertaining, it may also leaves the viewer with mixed feelings. There is some hope that the second season will tie up the loose ends the first season left. The film’s creator, Daren Star, gave hints as to what is to be expected in the second season.” To me, a big part of the show is looking at everything through a different lens. Season 2 will open up some interesting and surprising relationship avenues.”