The Short Game: Some Sports Things to be Thankful for 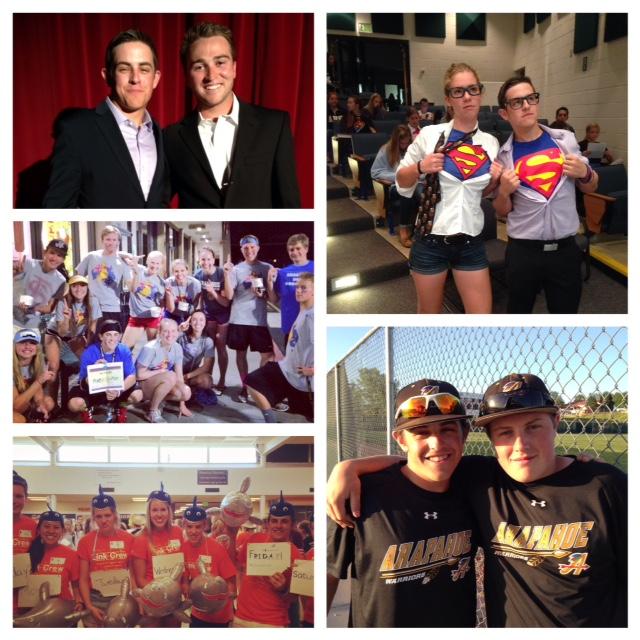 I am thankful for these people.

The holiday season is a truly unique time of year. There is so much the season has to offer. There is food. There is family. And, most importantly, there is football. Lots and lots of football. It is also a time of year which allows us to reflect on the things we are thankful for. After all, this is the season for doing more giving than taking. A season for being more Peyton Manning than Kobe Bryant when it comes to spreading the wealth. A season where Jay Cutler is celebrated for his concerted effort to make sure even the defense gets the ball every couple throws.

As a sports fan, it is also a time for me to look back and reflect on all the things in the great big world of sports which I am thankful for.

Here are a few.

Let’s face it we all cannot be the 6’5” behemoth that is Detroit Lions wide-receiver Calvin Johnson, nor can we be Green Bay’s silky smooth quarterback Aaron Rodgers. But, for one day a year we can. Thanksgiving football games are a cornerstone of Americana, a chance to showcase those NFL moves, and  an opportunity to relive those glory days in a way which would put Uncle Rico to shame. No butt-fumbling allowed.

A better question is: how can you not be thankful for the wunderkind that is Mike Trout? The guy is the brightest young superstar in all of baseball. And, more recently, he added the American League MVP award to his already loaded trophy case. Did I mention he is 23 years old? If there is anyone not thankful for Trout, it would have to be the guy following him up at any Christmas dinner discussion.

America’s soccer darling gained the praise and thanks of many for his sterling World Cup performance this past summer. He was even dubbed “Captain America” by many an American futbol fan. If Clint can maneuver Team USA out of the fearsome “Group of Death” then, leading the Avengers against the villainous Ultron should be a piece of cake.

I may be thankful for the National League’s newest MVP and three time Cy Young award winner, still I cannot say the same for any one of Kershaw’s 239 strikeout victims. His victims are, however, thankful that they will not be going toe-to-toe with Kershaw anytime soon.

Let’s face it, I would lose a pretty good chunk of my material if it weren’t for the Silver and Black catastrophe that is the Raiders. I was also grateful to see the Raiders right the ship and lose 52-0 to the Rams. All of that winning had me worried.

Wait, do expressions of gratitude incur a fine or a penalty?

Not-so-oddly enough, the same goes for the other 31 teams in the NFL.

On a similar note, I’m thankful for my readers. You guys are the reason I continually churn out column after column. I got the best fans in the business. Thanks for laughing with me. Have a stellar holiday season. This one is for you.