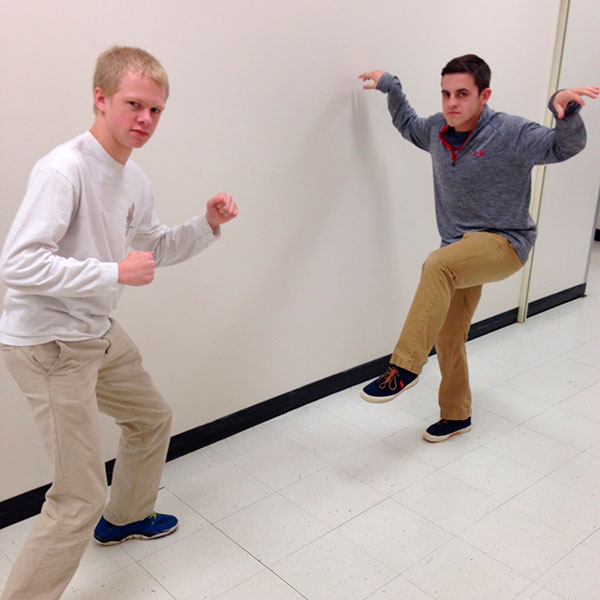 The stage is set. After a waxing that would make a salon owner cringe, the New England Patriots have advanced to the Super Bowl to attempt an overthrow of the current football powerhouse: the Seattle Seahawks. Who, not to mention, are coming off the greatest comeback since “Friends” became available on Netflix.

The point in all of these convoluted and socially-relevant comparisons: Super Bowl XLIX will have more division than a fourth grade math class. Which inevitably means most (if not all of it) will spill over into social media in 140 characters or less.

So, with that in mind and as the unofficial voice of reason among sports fans everywhere, I’d like to propose some rules when tweeting about sports.

If you are going to talk smack or merely just present some factual evidence over Twitter, please, for the sake of your arguement, get it right. This includes keeping the “e” in Peyton Manning, knowing that “Seattle” and “the Seahawks” are actually the same entity, and the difference between a Gisele and a gazelle. One is hot enough to ignite a soggy firework. The other is an online market to trade in used cell phones. And you thought I was going to reference an animal.

If there is some debating to be done in the Twitterverse, let’s have a fair fight. Do you remember what happened to Johnny and the rest of the Cobra Kai after they swept Danny’s leg? Spare yourself the social media equivalent of crane technique and take the high road. Despite the profanity-laced rants and occasional deeply offensive comment, we have guidelines in place for this Twitter thing. Which brings me to my next rule.

Leave the swearing to the sailors.

This one probably goes without saying, but if you wouldn’t say it in front of your grandmother at Easter brunch, it shouldn’t be tweeted. This is not to say that there are not alternatives out there. There are plenty. For every dirty word to describe poor play there is an equal (and cleaner) alternative like “New York Knicks” or “NFC South.”

Hashtags, like all great things, should be used sparingly in tweets concerning sports. I’m by no means advocating to completely eliminate them. Frankly, a nine-part documentary on the Unabridged History of Weaving would still be less boring than a world without hashtags. I’m just advocating for a little quality over quantity. When deciding on the appropriate amount of hastags, consider this question “If this were an interview, would Marshawn Lynch think I’m saying too much?”

But, be creative with hashtags as well.

Don’t be afraid to stray away from the normal #TEAMvsTEAM and into the absurd realm of #SeattleWearsSocksWithTheirCrocs or even #GronkEnjoyedGrownUps2. This is sports. Embrace the weird and outrageous. Besides, how do you think Mike Tyson has stayed relevant all this time?

Take it with a grain of salt.

This is social media we are talking about here, not the UFC. Please take any trash talk about as lightly as a JaMarcus Russell comeback rumor or any Mayan apocalypse predictions.

Do not fire unless fired upon.

This is also a dating rule for me, but that is for my upcoming romance column and by “upcoming” I mean “never happening.” Nonetheless, going out and starting a full-scale Twitter war on purpose tends to draw more ire than a picture of Michelle Obama holding a Taco Bell Waffle Taco (Sadly, this pic will only exist in photoshop) or really anything from Taco Bell come to think of it. Okay, maybe not the water.

No shameless self promotion.