The Short Game: It’s All Fine and Games 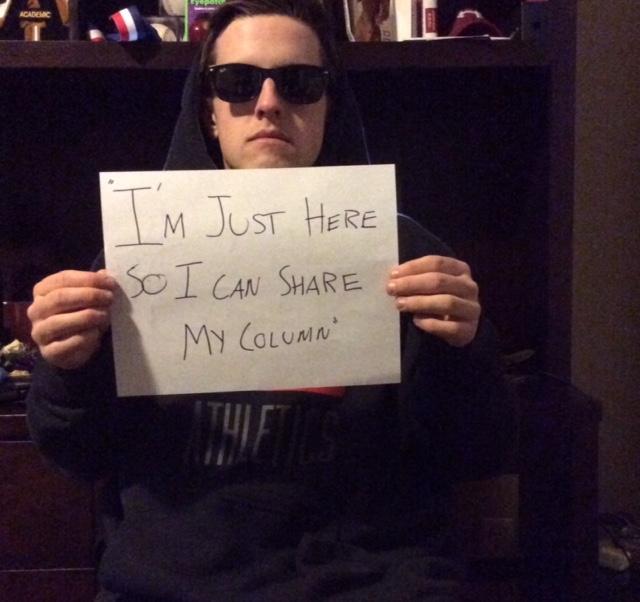 The 21-week period that was the 2014 NFL season had, to say the least, more controversy than a Kanye West – Rob Ford rap album. There was also some great football and the best catch by a Beckham since David met Victoria. But, I think we can agree that it was the controversy that made this season so great, right?

So, with the beginning of Super Bowl week and Deflate-gate a distant memory (and a worn-out joke), order was seemingly restored throughout the land. Yeah right!

Have you met Marshawn Lynch?

The Seattle workhorse and brevity expert is facing multiple fines for, well, a string of offenses that can only be described as “harmless.” That is, unless, you are the NFL’s resident Debbie Downer/Commissioner Roger Goodell.

Just this week, Lynch was threatened with a $500,000 fine (not a typo) if he decided to take a page from Ferris Bueller’s playbook and skip Super Bowl Media Day. Yes, the NFL was threatening to fine a man half a million dollars for playing hooky.

With policies like that, it makes you thankful that Roger Goodell isn’t the principal of a high school, the CEO of a company, or the president of the United States and only the man in charge of an industry worth around $45 billion dollars. Did we dodge a bullet there or what?

As of last week, Lynch faces a possible $100,000 (again, not a typo) for wearing a non-sanctioned hat to Media Day. Now, one would think that for a hat to incur such a massive fine, it must promote kicking puppies, anything to do with Justin Bieber, or something of the like. Nope. The hat was a piece from Marshawn Lynch’s own Beast Mode line of apparel. You would think a commissioner who thrives on promotion would be a bit more sympathetic towards a guy trying to do a little promotion for himself. Are you kidding me? Sympathy isn’t a part of Goodell’s robotic programming.

Despite this, the back they call “Beast Mode” is laughing all the way to the bank. Every single style of his “Beast Mode” hat is sold out until March according to the brand’s website.

And with laughing, money, and Marshawn Lynch there is almost always some crotch-grabbing involved. Which, in case you were wondering, is yet another item on the long list of things Lynch has received a fine for.

I do, however, take issue with the way the NFL is treating Lynch.

So, where will Marshawn Lynch fall in the post-Super Bowl chaos? Well, judging by his crotch-grabbing ways he, more than likely, will be somewhere helping his charity, The Fam 1st Foundation.

The underwear company, MeUndies, has agreed to match the $20,000 incurred for the initial grabbing fine as part of a donation to his charity.

A foundation which mentors kids on the importance of education, literacy, and self-esteem.

Crotch grab away, Marshawn! And, while you’re at it, don’t ever change.