The Short Game: And the Oscar Goes to… 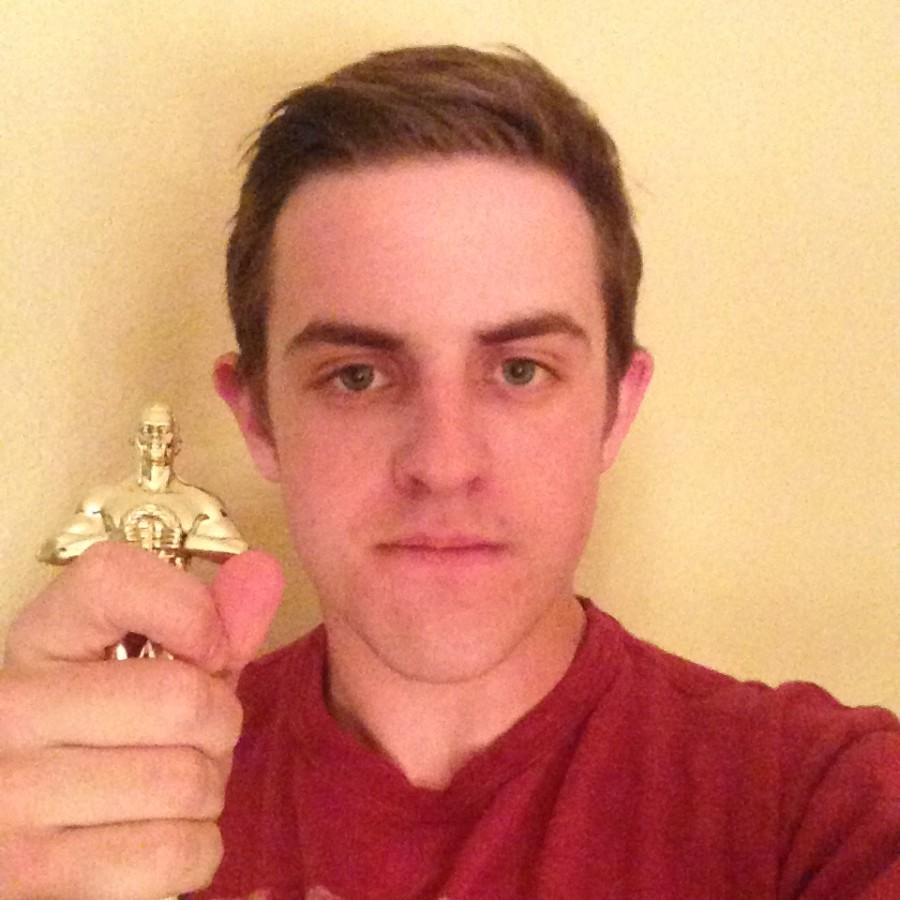 My attempt at an Oscars selfie.

Awards season is officially over. With the Oscars handed out last night at the Dolby Theater in Los Angeles, the season for being played off-stage, uncomfortable displays of emotion, and golden statues has mercifully come to a close.

However, there was one gaping void in this statue-giving-time-of-year we pretend to enjoy and know lots about (Let’s be honest, we all, at one point, thought “Birdman” had something to do with the tattoo-clad center for the Miami Heat and nothing to do with the Best Picture of 2015).

That void, you ask? Sports.

Sure “Foxcatcher” and Steve Carell have a connection to sports in addition to being up for best performance by an actor in a leading role. But really, shouldn’t the entire NBA be up for that award as well? What about Johnny Manziel being up for best (or worst) short film? Or even the Oregon Ducks football team taking home best costume design for the tenth consecutive year?

So, without further adieu, here are your 2015 Sports Oscars.

In the first ever College Football Playoff, the Buckeyes upset the perpetual Meryl Streeps of award season with a trouncing of the Crimson Tide and then proceeded to beat the Ducks in an upset the likes of which have not been seen since “Crash” beat “Brokeback Mountain.” This was possible, thanks in no part, to the revolving door at the quarterback position and brilliant directing by Urban Meyer. The worst part? Due to some of the best recruiting since the casting of “The Avengers” the Buckeyes could win the award again next year. Hollywood is pretty cutthroat, but even they think that is unfair.

Although every player in the NBA finished a close second behind the Yankee Captain, it was his award to lose from the beginning. His performance in his final home game was truly something to behold. Although his on-base percentage resembled the Colorado area code and he did less slugging than Gandhi, one cannot help but salute the Captain for his masterful send-off. Plus, anyone who can act like they enjoy Alex Rodriguez for ten whole years deserves something right?

It came down to the Tallahassee Police Department and their efforts (or lack thereof) concerning the investigations involving Jameis Winston or Pete Carroll’s disaster of a decision. Seattle couldn’t make it, so accepting the award on behalf of the Seahawks will be New England head coach Bill Belichick. They decided to pass.

The rookie Timberwolf and second youngest player to ever win a dunk contest was an easy pick for this award. Given that checking out a book at the library has more excitement than the previous few dunk contests, LaVine could have easily followed suit and checked out a book on “The History of the Lay-Up.” Yet, this was not the case. The hooper from UCLA ripped off dunks that would have made special-effects-crack-monkey and “Transformers” director Michael Bay cry CGI tears of joy. Dunkatron anyone?

Best Sound Editing: Those who mic’d up Jameis Winston

Let’s face it, Winston’s grasp of the English language could be better. And by “could be better” I mean “get that man the English Edition of Rosetta Stone.” Those who have had the pleasure of listening in on this human version of a toppled Scrabble board, we salute you.

Why do I feel like I misinterpreted this one?