Presenting the Whole Election: Who is Gary Johnson? 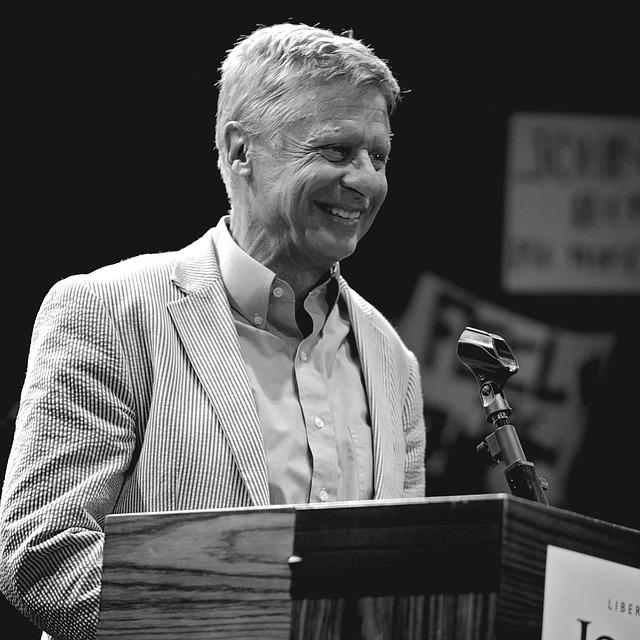 When thinking about politics in general, most people consider a republican or a democrat for a position. However, there are many other parties, like the libertarians, the green party, the constitution party, etc. Most of the time these parties don’t play a factor during the election, as they aren’t always on the ballot for all 50 states, but this year is different. Gary Johnson, a libertarian, polled at 10% in a recent poll, alongside Hillary and Trump (much larger percentages). He is on the ballot in all 50 states, and is on the verge of being able to participate in the final debate October 19th.

Just because someone is running for president doesn’t necessarily mean that they have the background and qualifications to hold the job, as Donald Trump has proved. This directly applies to Gary Johnson. He does have political background, but I wouldn’t say that he has any political knowledge. Aleppo, Syria has been a very hot topic recently, as it is one of the most impacted areas from all of the conflicts going on in Syria. Gary Johnson had no idea where or what it was. Gary Johnson also couldn’t name his favorite political leader or the leader of North Korea (Kim Jong Un).

Along with his ignorance with political knowledge, he also has an exotic background. Gary Johnson was the governor of New Mexico, but he is also currently the CEO of Cannabis Sativa Inc. a marijuana company. He ran for president in 2012, but to no avail. He has worse rhetoric than Trump, cursing many times during casual interviews, and was “high” during one (maybe more) of the libertarian debates. Still he has gained many votes, as this election seems to be all about who is hated the most.

Normally, this doesn’t pose a problem, but this year Johnson has claimed many votes from the two main candidates, which messes up the vote tally. This could swing states in the opposite way than they would without Gary Johnson present. Overall, Johnson is an unlikely candidate that has done quite well, and could mess the whole election up. We will just have to wait and see, and I guess read the next issue of Presenting the Whole Election.