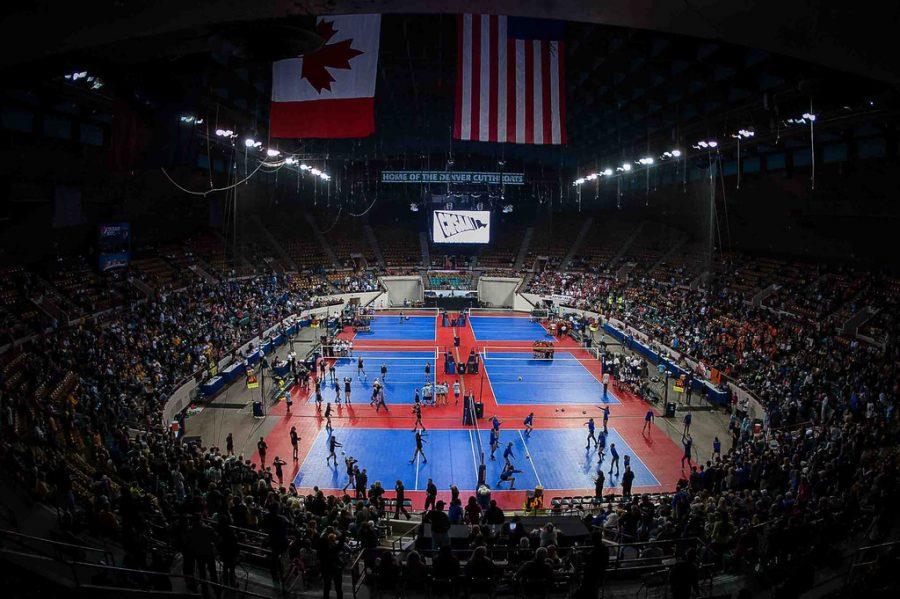 The Arapahoe volleyball girls are getting ready to play in a very important state tournament and compete for the title. They just made it through the regional tournament, in which they placed in the top 12, allowing them to advance to the state tournament. Now, after the 12 teams that made it through were reseeded, Arapahoe was placed at number 7. In their pool of three is Rock Canyon, the #2 seed, and Legend, the #11 seed. In order to make it to the semifinal game, Arapahoe will need to win their pool, which would place them with the other three pool winners.

After a conversation with the volleyball team’s head coach, Jordan Wright, we got a little insight on how the Warrior girls are approaching their huge games. Obviously, Rock Canyon, at the #2 seed, poses a big threat as the top seeded team in our pool. Looking back on the regular season matchup between Arapahoe and Rock Canyon, which was our first of the year, may make defeating Rock Canyon seem like a daunting task, as they beat us in 3 straight sets. However, do not worry too much, as Coach Wright described the immense confidence both the coaches and players have going into this tournament, now that they carry an entire season under their belts. Also, there are six Arapahoe girls who have already experienced the state tournament, which is played at the Denver Coliseum, who will be able to calm some of the nerves of their teammates who will be playing in the intimidating environment for the first time. Most importantly, these girls have one thing on their minds, and that is to be the last team standing, as state champions. Last year, the team’s goal was just to make it to the state tournament. However, the desires are much different this year, as Coach Wright said this year’s team is “hungry for more.” So, expect big things from your Arapahoe Warriors volleyball squad this Friday and Saturday (November 11 and 12), as they look to cap off an already impressive season.