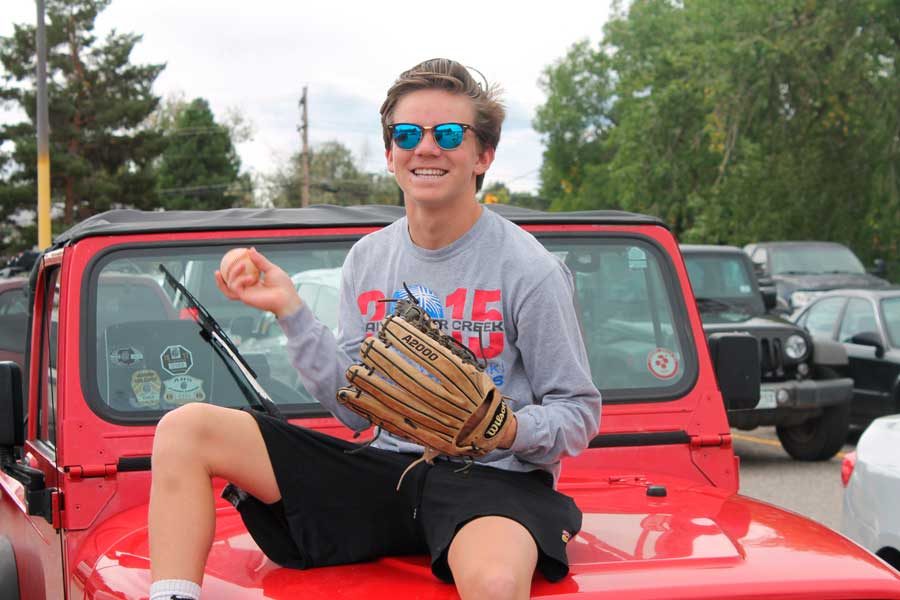 After 10 weeks, the Denver Broncos currently sit at 7-3, which is good for third place in the AFC West. Sunday’s victory in New Orleans was big for the Broncos and they now head into their bye week and prepare for a divisional matchup against the Kansas City Chiefs. Here are my six takeaways from the win against the Saints.

Trevor Siemian is not the permanent solution.

The second year QB out of Northwestern has just looked a little off lately and has put up lackluster stats. He has 12 touchdowns, but has thrown seven interceptions and has missed a lot of open receivers. He has a 60.1% completion rate this season, which is not terrible, but he doesn’t throw very risky or tough passes. He has looked flustered lately and his time management definitely needs work

The rookies are studs.

Early in the season, the Broncos have already called on just about every rookie to step up. Thus far, they have all made the front office look stellar. To start, rookie running back Devontae Booker has had to step up and fill in for the injured C.J. Anderson and inherit his “bellcow” workload. Booker entered the season as the change of pace back to the freshly signed Anderson, but considering the circumstances, Booker has done just fine in the starting role. When Siemian went down with a shoulder injury, rookie QB Paxton Lynch was called upon to fill in. He showed a bit of inexperience, but overall looked sharp and ready to shine. With Siemian struggling, this might be the time to let Paxton try to run the offense. One of my MVPs thus far is an extremely underrated player that some Denver fans haven’t heard of. Fullback Andy Janovich is the epitome of “smash mouth” football and he has literally lead the charge for the Denver run game. Janovich has shown excellent lead blocking skills and has been helping out the struggling Bronco’s offensive line. When Janovich is in, the running back doesn’t have to wait for a hole to open up, which has been rare for this season for the o-line. Instead, “Jano” picks a prospective hole and the back is able to follow the 225 pound Nebraska product through the front line. He hasn’t just been a good blocker, but a threat on his own. With him in the game, he presents another player defenses must watch out for. In the season opener , he broke off a 28 yard touchdown run against the defending NFC champions. He also broke two of his own face masks that Sunday night which is just a compliment to his pure toughness and strength. On the defensive side of the ball, the two safeties have been stellar. No, not Darian Stewart and T.J. Ward, but rookies Will Parks and Justin Simmons. Simmons put himself in the national spotlight Sunday in New Orleans when he hurdled the Saints’ long snapper and get in the way of Will Lutz’s extra point attempt. This PAT would have put the Saints up 24-23 inside of two minutes in the fourth quarter. Instead, the young playmaker Simmons blocked it and it was returned for 2 points, putting the Broncos up 25-23. Who returned it you may ask? Fellow rookie Will Parks. Parks was heads up enough to pick up the score and rumble down the sideline into the endzone. Parks has done his best work on special teams this year, but has been solid when called upon in the secondary.

They need C.J. Anderson back.

I touched on Booker earlier, but it is obvious that Denver desperately needs C.J. Anderson back. Anderson averaged 4 yards a carry, which looks very similar to Booker’s 3.8 this season. But, if you really dive into the numbers, in games where Booker has under 10 carries he averages 4.74 yards a carry. In his last three games, he has 53 carries for 152 yards which drops his average to 2.87 a carry, almost 2 yards less. Head coach Gary Kubiak prefers to run the ball, but with Anderson out, the Broncos offense has stalled and they look like a bird with a wounded wing.

Keep feeding the ball to DT.

Last season and early this season, veteran receiver Demaryius Thomas has been the subject of constant criticism. Last season, DT was 7th in catches and yards and had six touchdown catches. His drops have often overshadowed his consistent numbers and great size. He is 6’ 3” and is a receiver that can go up and make a play on just about any ball. In New Orleans against Sunday, he reeled in a nice one handed grab, as well as a two yard touchdown which was his 5th of the season. Thomas can hopefully be the big, consistent target that inexperienced QBs like Siemian and Lynch need.

Talib needs to get healthy so Roby can go back to the slot.

Against the Chargers in week nine, CB Bradley Roby returned an interception for a touchdown which was a crucial play in the Broncos’ divisional win. Against the Saints, the secondary did not look as sharp as Drew Brees threw for over 300 yards. Those numbers would have been a lot different if CB Aqib Talib was in. Talib has excellent coverage on outside receivers, whereas Bradley Roby has excelled in the slot. With Talib out, Roby has had to take on the outside receivers and he has struggled. He isn’t great in man coverage and does not have the closing speed or playmaking ability that Talib possesses. When Aqib is able to return to the Denver secondary, it will be a significant boost.

The worst thing for a struggling offense is bad field position. The Bronco’s returners this year have been awful and that hasn’t helped out the offense one bit. Whether it’s bringing in a free agent or finding a guy like Emmanuel Sanders or Kayvon Webster, who used to return punts, Denver needs to find a spark plug to ignite the return game and hopefully the Broncos’ offense.