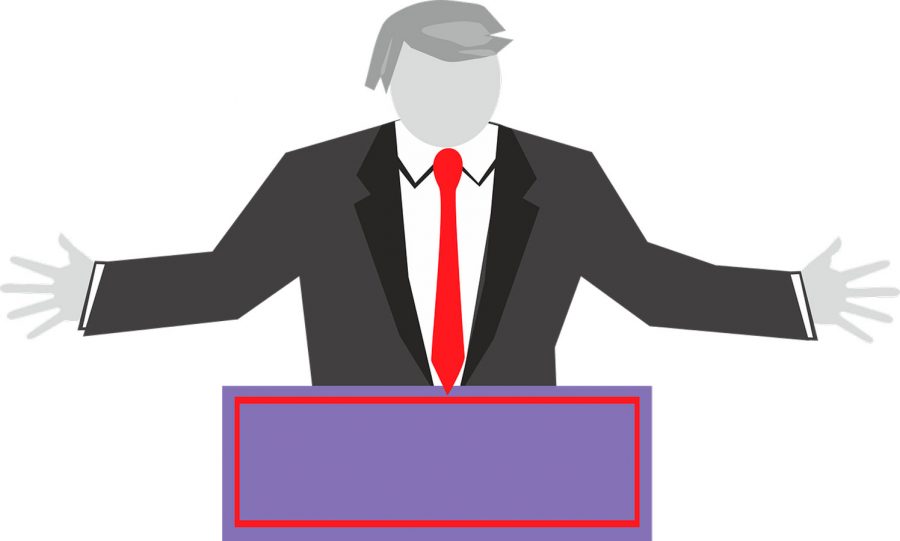 Donald Trump will be inaugurated into office as President on Friday, January 19th, 2017 at 10:00 AM Mountain Time. These times fall on the second half of 2nd period and the first half of 3rd period. The broadcasting can be found on Fox News, CBS, NBC, ABC, and streamed online. This inauguration, like its predecessors, is historically monumental; but it might not be shown in most student’s history classes.

Mr. Hawthorne, Mr. Morahan, and Ms. Gallegos have all decided to not livestream the inauguration but instead, will wait until Monday to cover it.

The importance of reviewing current politics with students varies from class to class, and sometimes there isn’t enough time to dedicate the day to current events. In other cases, the teacher would rather not open such a broad forum of discussion on something this charged.

For many, this is not a huge loss, the majority of the inauguration just being formalities.

Hawthorne finds it is most important to be aware of the peaceful shift of power in America. It is a privilege that people take for granted much too often.

Morahan will be showing Obama’s farewell address and parts of the inauguration to classes that it is relevant in, like US History. He has not been discussing it a much with his classes because this is such a hard election. He believes it is more about character than the real issues, and that this has made it hard to have a fact-based discussion.

Gallegos will mainly be covering the general ideas behind this inauguration, “explaining the process and giving fun trivia about it.” She believes that it is more important to have a dialogue than to just watch it, and so will not be showing it in class. She hopes to create a place where people can talk about politics respectfully.

Some people may be abstaining from watching the inauguration at all, thinking that there isn’t much benefit in focusing on Trump, even though now he will be president. It seems every teacher understands and is working toward the goals of tying current events in with whatever the current subject matter is.
It is the duty of every individual to be informed about their government so they can play a positive role in democracy, and peacefully and respectfully share their ideas. If learning more about current events can help an individual achieve these goals, then it would be advisable to watch the inauguration.