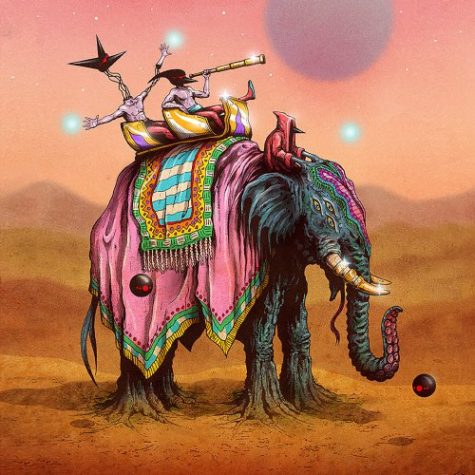 Last friday Puppet opened for Savoy at The Ogden Theater in Denver. I attended this concert with well met hype. Savoy, a band which originated from Boulder, recently released their first album quite recently. It is called Today Tomorrow pt.1. Savoy is captivating in their unique sound.

Savoy really has brought something new to the table as they have combined edm with punk music. On stage they had two guitars and a drummer which adds a more raw take on edm. Edm generally loses some performance value when it comes to the general music. This is mainly because there isn’t an ability to just mix something on stage or remix it on stage. Savoy solves this issue by bringing real instruments to the table.

Today Tomorrow pt.1 is a really great album that’s really worth the time that one could take to listen to it. This is mainly for the reason that they have very new content and music they they provide. Regardless of taste this album is quite new and expressive of the new band, Savoy. Each song is very expressive of the creative and already unique nature of the band.

My personal favorite song on the album is Neon Nebraska because of the introduction of the feature. They show up very well which is done on purpose. They bring in many features and this only proves their dedication to their new and creativity.