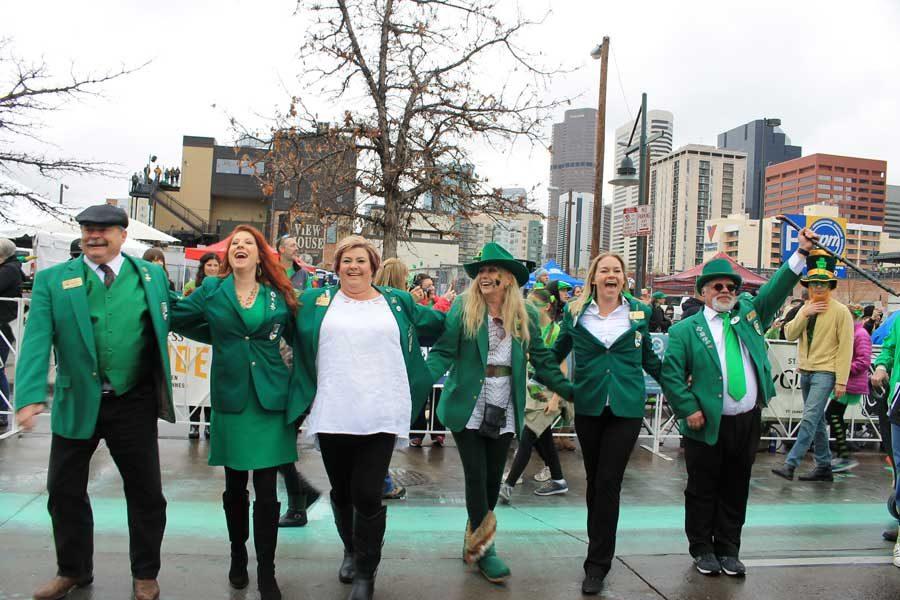 The annual St. Patrick’s Day parade is a festival full of amazing floats, lots of laughter and a perfect amount of green-painted dogs. This event takes place on the Saturday before St. Patrick’s Day every year. The streets are lined with people dressed up in their favorite green clothes, and most of the time thick coats, as they watch and cheer for their favorite group that goes by. For my family, this has always been something special. I have been participating in this parade since I can remember, as well as my sister who has been an Irish dancer since she was eight. But this year was different, instead of my whole family riding on the Knights of Columbus float for council 14398, we were seated in the VIP section. My sister, now twenty, was in Queen Colleen’s court and as her personal cheering section, we were allowed right next to the judges stand. The goal of every float or group is to impress the judges, so from that vantage point we got to see all of the best performances, including a proposal. Michael Collins Pipe and Drum band is a staple in the parade, mostly because one of the bagpipers is the parade president. But this year was different, as they marched they played a traditional bagpipe song, and as the song faded out, they made a circle around Wolf, a bagpiper, and his girlfriend, Shannon, who is also in the band as a drummer. The band played a slow romantic tune as Wolf got down on one knee and proposed. It was a stunning way to get the judges attention as well as making a lasting memory for the happy couple.
This parade is a fun event that opens people’s eyes to the many organizations and groups that are in Denver. The groups that march range from clowns riding tricycles to the Michael Collins Pipe Band, this shows the clear message of the parade: this is for anyone and everyone. No one cares if you’re truly Irish, everyone just eats, cheers, and is merry. Everyone can and does celebrate, people are just there to have a good time and participate in a lively cultural experience. So with St. Patrick’s Day today and the parade already passed, find some way to participate in this energetic holiday. 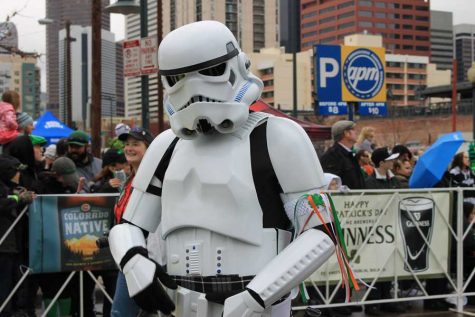 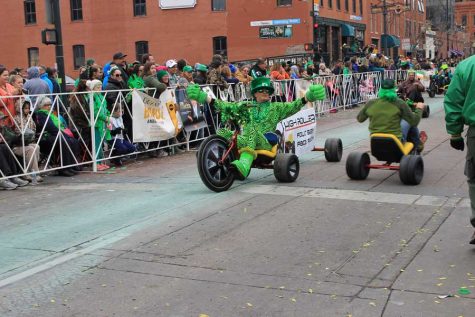 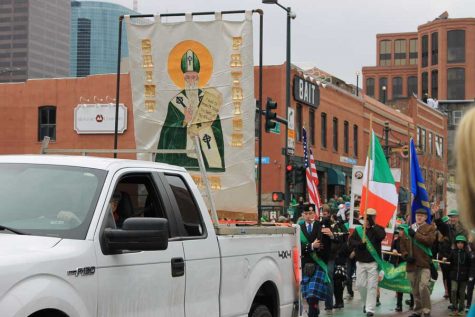 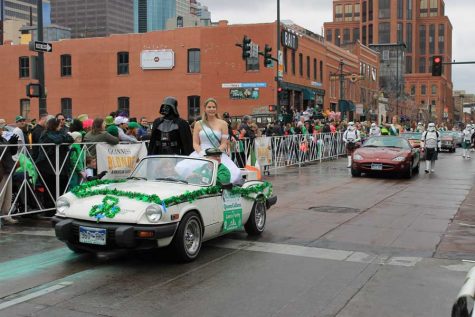 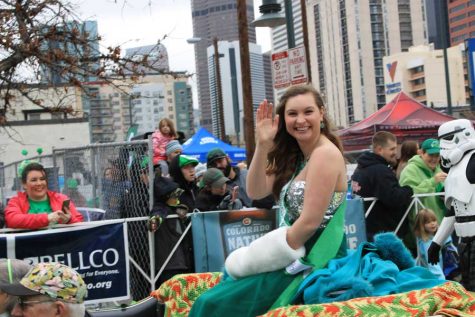 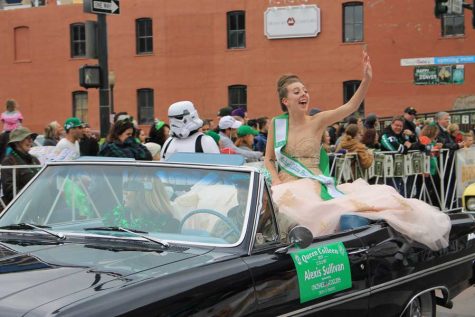 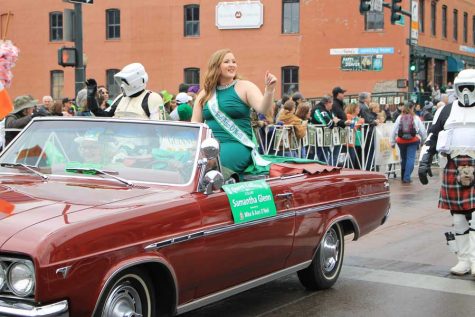 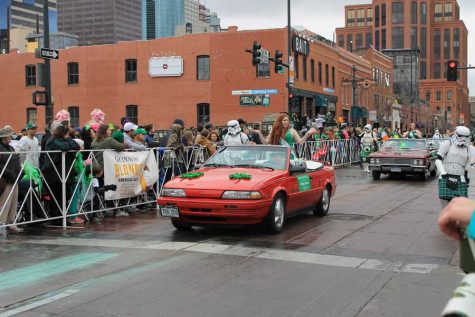 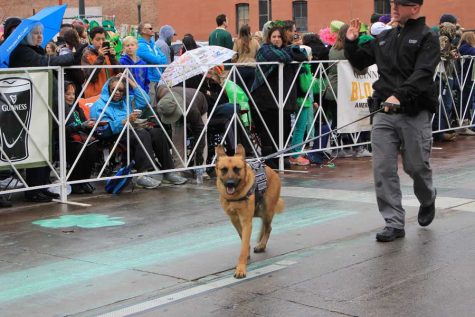 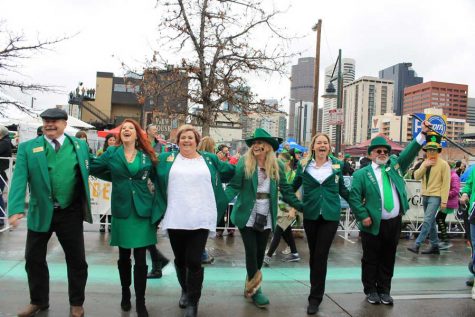 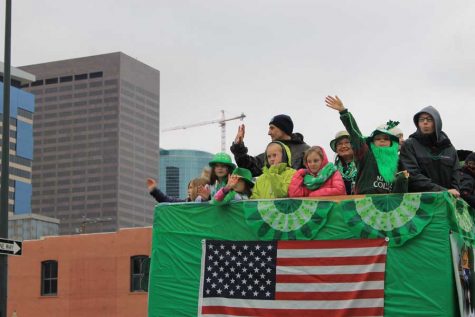 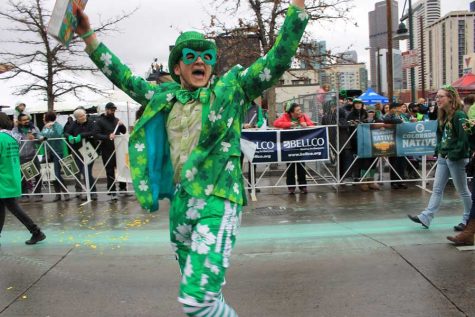 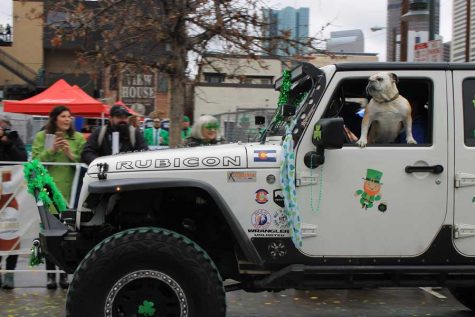 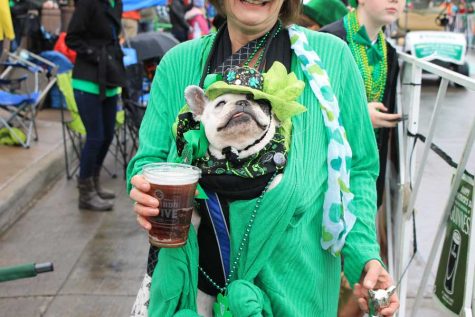 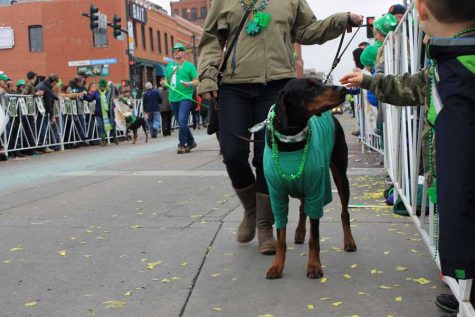 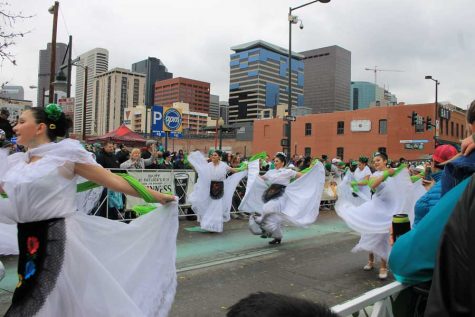 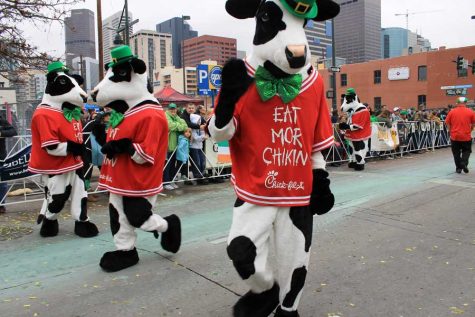 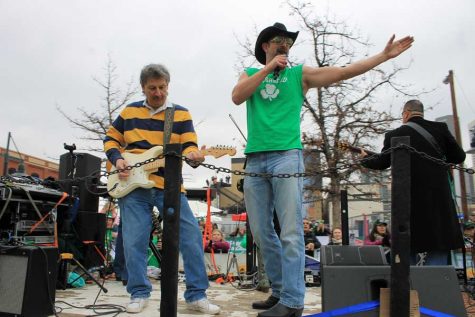 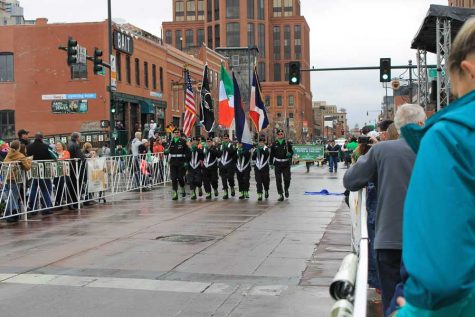 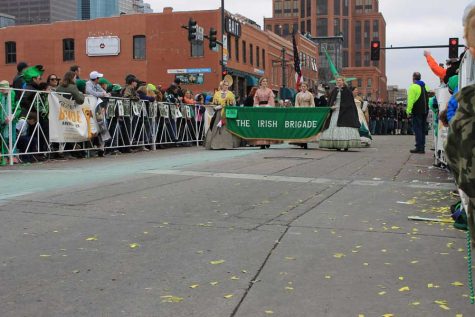 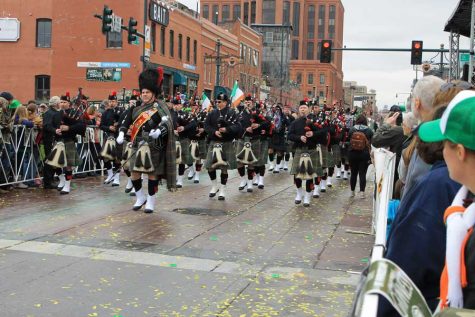