US Launches Airstrikes on Syria: Heroic or Foolish? 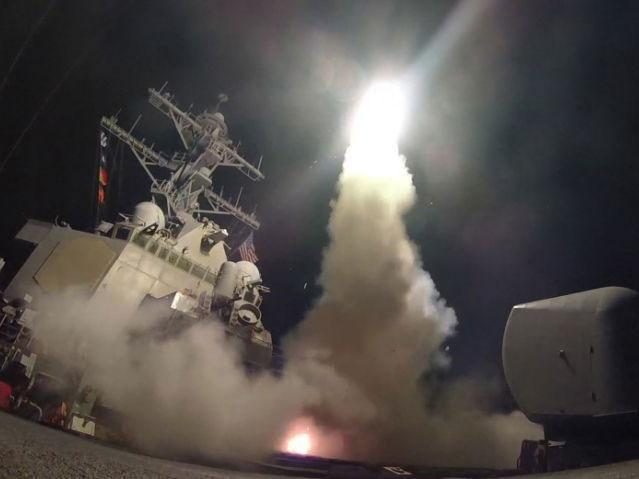 On Thursday, April 6, 2017, the United States officially took action against the Syrian government, led by Bashar al-Assad. This took place days after a chemical bombing was used against the Syrian people. Syria has been involved in a civil war for several years now and this is the not the first time chemicals have been used as a weapon. The last time this happened President Obama was still in office and gave the famous “red line” speech, where he had warned Syria not to cross this line. The US suspects, as well as other countries, have reason to believe that the Syrian government did take action against their own people because of the gas used known as sarin gas. Sarin gas is an extremely difficult gas to produce and usually, the tools and supplies usually fall into the hands of governments. Had it been a gas like chlorine gas which is easier to access, it’d be harder to assume that the Syrian government had been the attackers. Russia then warned the US not to get involved with the situation and denied that the Syrian Government had carried out this bombing. The US then retaliated by launching missiles at an air base suspected of carrying chemicals. Much of the western world and some middle eastern countries are actually praising the US for this, and some countries include the UK, Saudi Arabia, Israel, Turkey, Japan, France, Germany, and Canada. Some countries who are against this are Russia, China, and Iran. However, not everyone in America agrees with the orders given by President Trump. Many believe that this is a preemptive attack and should not have happened without more information. Some are afraid that something worse could come out of this like sending many more troops to Syria. Also, this has weakened US and Russian relations, which are already on edge. The President is also receiving criticism from some for ordering the strikes but proposing to not allow Syrian refugees to enter. Trump is getting more criticism from Twitter where he tweeted several years ago September 5, 2013, “AGAIN, TO OUR VERY FOOLISH LEADER, DO NOT ATTACK SYRIA – IF YOU DO MANY VERY BAD THINGS WILL HAPPEN & FROM THAT FIGHT THE U.S. GETS NOTHING!” Many Senators and Representatives, are upset with Trump as he did not go to Congress to get any authorization to use force. Of course, not all Americans feel this way, as they support the airstrikes. Some Americans feel that this was necessary to send a message to Assad’s government that they can’t carry out these attacks without some consequences. Republicans are praising him for finally taking action where Obama said he would and never did.

The question still remains, was this a good move or will there be heavy consequences for the US and possibly other countries? Or will this situation blow over eventually? The world waits for any resolution.