Views From The Field: Arapahoe @ Heritage 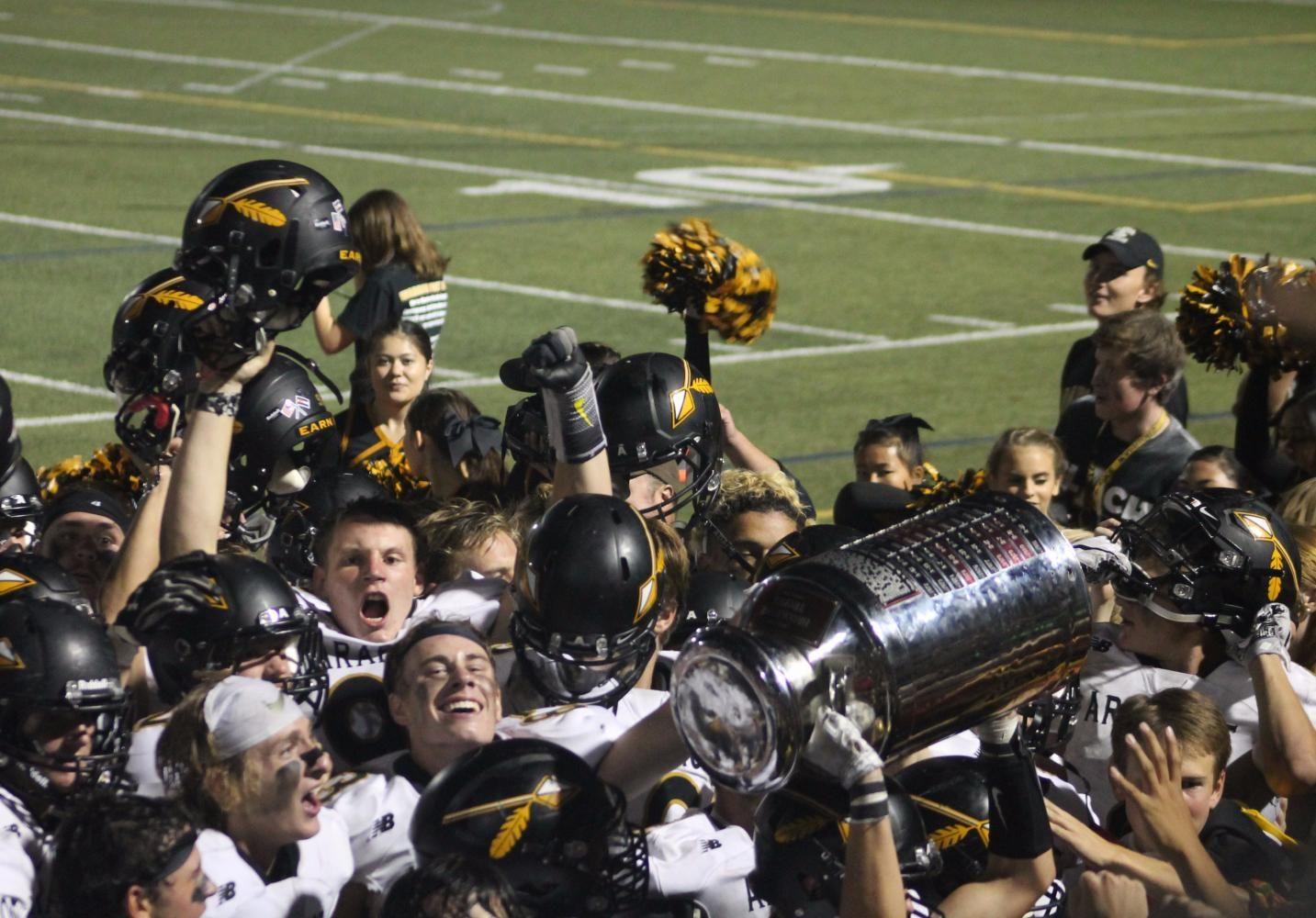 Waking up on the morning of the Heritage game is always a little easier than an average school morning. It is much easier to wake up and get excited about the day, even at 6:00 in the morning. Sleeping the night before was out of the question. The outcome of the game and the excitement brewing inside was much too intense. The school day itself was ecstatic. There was an obvious feeling of excitement all around the school. It was evident that the students, faculty, and especially the players all had nervous and restless feelings about what was going to happen that night at 7:00pm. For some, the anticipation was extreme and the school day took forever. For others, the school day flew by because all they could think about was the game. The moment that 2:20 bell sounded, ending the school day, everything really began to set in. Now it was time to set the mind straight, get in the zone. 4:00 came around which meant it was time for meetings. Now, we can’t tell you exactly what goes on in meetings, but just know that it is very special and exciting. At this point the hype is getting extreme. The whole team remains dead silent while piling onto the bus, listening to their pump up music. Pulling up to the field, the stands were already filling. The tension was high and the blood was pumping fast in our veins. Warmups are always the best, watching the student section pile in and hearing the anxious chatter of all your friends and acquaintances in the stands. Now, it’s 7:00, time for kickoff. RaPue sailed the ball all the way down while the student section was covered in a cloud of flour to signal the start of the game. The first half flew by relatively quickly, being a defensively dominant half for both teams. Many would’ve thought that the team may have been nervous, considering it was a one possession game for a large portion of the time. Regardless, there was never a single doubt in our minds that we were going to win the game. On the final play of the game, we lined up in victory formation, took a knee to run out the clock, and let the celebration start. After shaking hands with Heritage’s players, we ran over to the embrace the student section and sing our fight song. The whole student section ran out onto the field where Coach Campbell did his famous “How ‘bout them Warriors!” yell. Smiles were everywhere as the players and students celebrated the big win together. Nothing, and we mean nothing, beats the feeling of beating your rival under Friday night lights.