What to Make of Case Keenum’s First Start 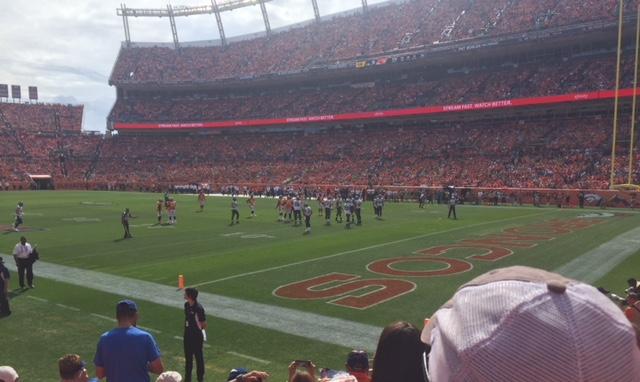 On Sunday the Broncos opened up their season at Bronco Stadium at Mile High against the Seahawks. After a back and forth game the Broncos managed to come out on top 27-24. This game was highly anticipated due to it being quarterback Case Keenum’s first start as a Denver Bronco. People questioned if he could have a repeat of his breakout 2017 season with Minnesota, or if he would look like the journeyman he is. Keenum looked sharp when he tossed touchdowns to Emmanuel Sanders, Demaryius Thomas, and undrafted rookie running back Philip Lindsay. He also took a step back throwing three interceptions throughout the game. Many Broncos fans wouldn’t have hesitated to boo Keenum off the field, but as the score remained close, he also made many clutch plays including the game winning drive in the fourth quarter.

Keenum only threw seven interceptions all of last season, and three on Sunday. So Broncos fans wonder: can we keep winning games with Keenum playing like he did? The Seahawks are not a bad team, but they are not a powerhouse either. If Keenum throws even one less interception than he did,  the Broncos would have pulled away earlier.

With the home opener nerves out of the way I expect the Broncos to clean up a lot of things, including turnovers. Wide receiver Demaryius Thomas even admitted that he still gets nervous before games. Last year the Broncos would turn the ball over three times a game and they would lose by 30. Case Keenum turned the ball over three times Sunday and the Broncos still got the win. This leads to a lot of optimism: A team that can make mistakes and still win.

Although, I wouldn’t expect to see Keenum have another three turnover game any time soon. Overall the Broncos proved the fans right about how great their offseason was. The run game was powered by rookies Royce Freeman and Philip Lindsay. Bradley Chubb took a lot of pressure off for Von Miller, leading to three sacks. There were plenty of new faces contributing as well. Broncos fans have to be excited about what they see and the changes that have been made. Most importantly, Case Keenum is not a bust, he is a leader on this team and will only get better.

Next week the Broncos face the Raiders as they try to go 2-0.