Turning Point for the Broncos? 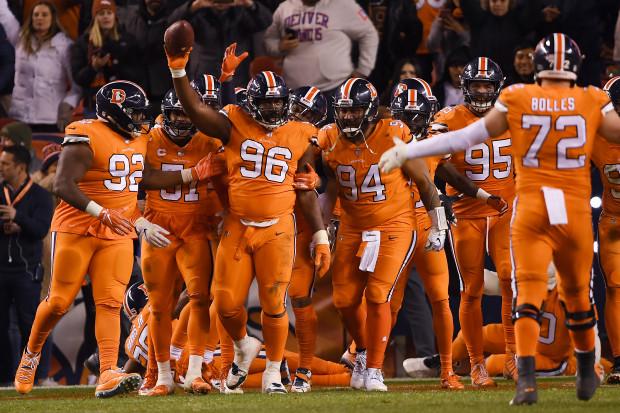 The Denver Broncos started their season off with a record of 3-6. The season looked lost and it was time to look forward to another draft. Head coach Vance Joseph was inevitably going to get fired, it was just a matter of when. It looked like a repeat of the 2017 Broncos season that was long, painful, depressing, and finished at 5-11. The only difference with this Broncos team: They tried. Almost every game at this point was a close game. The team had much more energy due to the leadership of Case Keenum and the firepower of rookies Phillip Lindsay and Bradley Chubb.

The 2018 Broncos had a much improved locker room environment compared to the previous season. This bond was easy to lose after a heartbreaking loss to the Texans due to a last second missed field goal. Instead, it all came together on a Sunday afternoon in Los Angeles. The Broncos, coming off a bye week, continued to trust each other and believe. After falling behind 19-7, the Broncos kept fighting. Phillip Lindsay scored his second touchdown of the game and kicker Brandon McManus redeemed himself and kicked the game winning field goal to complete the comeback.

For now Vance Joseph’s job was safe, and the Broncos were alive. This game was seen as a fluke until it happened again the next week. The Broncos hosted the Steelers, who are also viewed as an eventual playoff team. The game was full of unexpected turns and unusual plays. Although the Steelers dominated time of possession, they turned the ball over four times. Shelby Harris’ interception on the goal line sealed a 24-17 win for the Broncos.

Mile High Magic was back! But a record of 6-6 after defeating the Bengals is still not that impressive. So why is there reason for hope? The Baltimore Ravens occupy the last playoff spot in the AFC at 7-5. That is one game better than Broncos, but the Ravens beat the Broncos so Baltimore owns the tiebreaker. The Broncos need to make up two games on the Ravens to pass them in the standings. There are also other teams with a 6-6 record for the Broncos to pass.

The Broncos remaining schedule is very easy. The teams that they play in order are:

The Chargers game to end the season is by far the biggest challenge. That game has the possibility to be a “win and you’re in” game for the Broncos. This is a reason for fans to be optimistic and to look forward to the next couple of weeks. Hope is something the Broncos have rarely felt since 2015.