Should Gary Harris be Traded at the Trade Deadline? 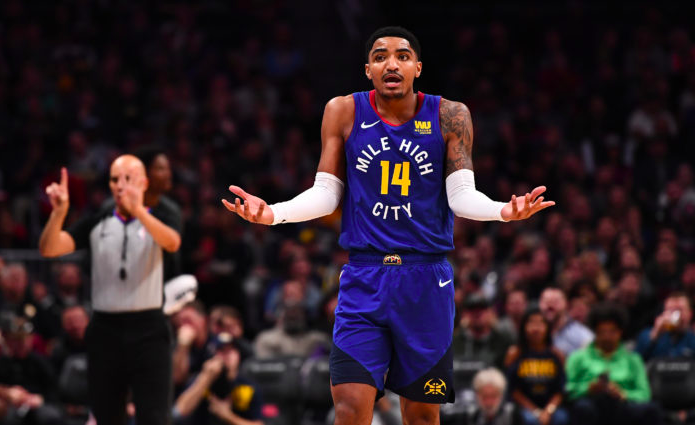 Gary Harris complains about a call

With 24 hours left until the trade deadline, rumors have come out saying, “Gary Harris can be had,” and that “the Nuggets have made him available for trade.” Harris is the longest tenured Nugget, with this being his fifth year with the team. Should the Nuggets trade one of the best “3 and D” guys in the league? Here are my thoughts:

Gary Harris is in the first year of his 4 year, $84 million deal, and to be honest, is not living up to it so far. His numbers have dipped across the board, and he has been sidelined 21 games so far with multiple injuries. However, I don’t think Gary will be traded at the deadline, and if he is ever traded at all, it would probably be during the offseason in the summer. First of all, with the amount of injuries Harris has suffered this year, his value is close to being at an all time low, so why would the Nuggets be shopping him now?

The way the rumor says that Harris “can be had” doesn’t make sense to me. I think if they trade him, it would be in a package to get a star player. I don’t think the Nuggets would just put his name on the trade block to see what other teams would offer for him. I feel like they would only put his name out there if they have a specific player in mind to trade for. I do believe a trade is very much a possibility in the offseason.

With the rising play of Malik Beasley, Gary’s injury history, and Jamal Murray and Beasley up for an extension this summer, getting Gary’s contract off the books would help. They do have the depth at shooting guard to unload Gary, but again, I feel like he would be apart of a package for an established star, rather than just seeing what the Nuggets could get for him. Also, don’t forget that, when Harris is healthy, he is one of the best shooting guards in the league with exceptional shooting, defense, and ability to drive to the rim. Also, he’s also only 24 years old. This leaves the option for the Nuggets to just keep Gary and have one of the best bench players in the league in Beasley to back up Gary, or trade Beasley in the offseason, which I definitely would not do because I think Beasley is better than Harris right now, and has more potential too.