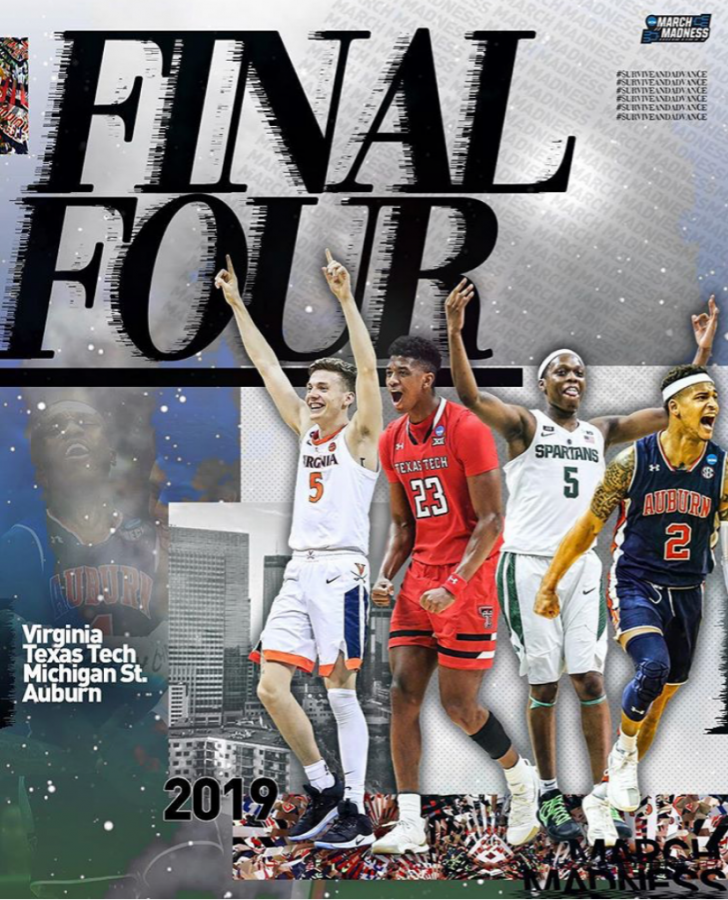 The final four teams are set. The national  champion will be either Michigan State, Texas Tech, Virginia, or Auburn. The only 1 seed that remains is Virginia, along with a 2(MSU), 3(TT), and 5(AUB). Although pretty much everyone’s bracket is busted, here’s a look at how each team got there and what to expect from them now.

Virginia: After being the only 1 seed to lose in the first round of the 2018 tournament, Virginia finally makes their final four appearance. Junior Kyle Guy (3rd team All American) leads one of the best backcourts in the country. They are a strong defensive team and avoided a couple close calls in the beginning of the tournament. After beating a couple weak teams in Gardner Webb, Oklahoma, and Oregon, they squeaked by Purdue in overtime. They had to make a buzzer beating jumpshot to send it to overtime. It looked like they were done, but we will see them in their first final four since 1984.

Auburn: After finishing the season behind powerhouses like Kentucky, LSU, and Tennessee in the SEC, they shocked everyone when they won the SEC tournament. They continued this momentum by beating blue bloods in Kansas, North Carolina, and Kentucky on their way to the final four. They had to play without Sophomore Chuma Okeke, who tore his ACL during the elite eight. Jared Harper scored 26 points against Kentucky sealing their first final four ever. They will play against Virginia to see who will compete in the National Championship game.

Michigan State: After beating the tournament favorite, Duke, Michigan State makes their first final four since 2015. Led by their point guard Cassius Winston, they are arguably the hottest team in the country. Following a win against Duke, they can win any game if they play their best. After a couple disappointing exits in previous years, this could finally be the year. They are the most promising team out of the final four.

Texas Tech: Another defensive team, led by sophomore Jarrett Culver, Texas Tech knocked off Gonzaga in the elite eight. Gonzaga looked like the team to beat until  they ran into the defense of Texas Tech. They also blew out Michigan on their way to the final four. They match up against Michigan State in the final four. That game will be very intriguing because it should be a defensive battle. This will be Texas Tech’s first ever final four.