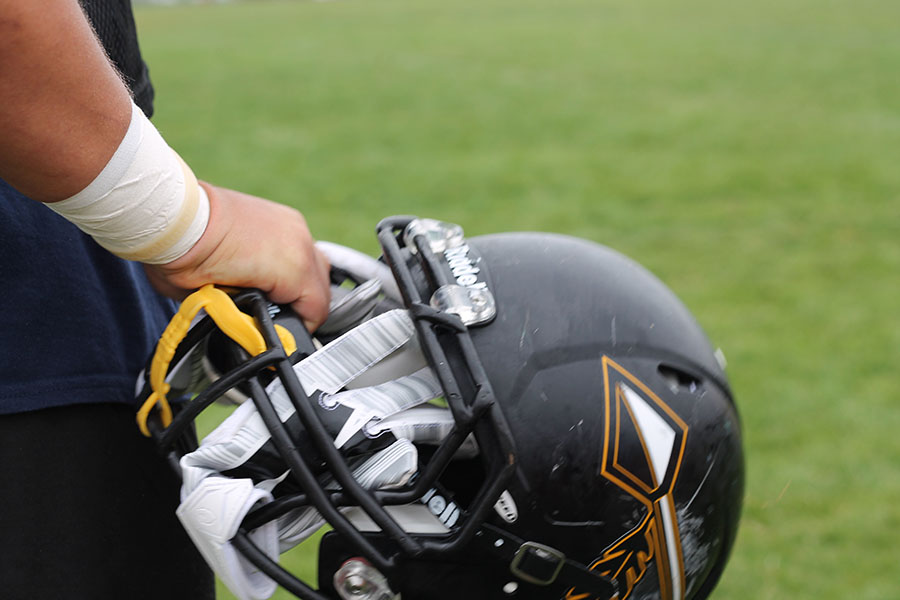 The Warriors head in to week three of the season 0-2 and facing a daunting opponent in the Grandview Wolves; not to mention this will be the Homecoming game for the Warriors as well. The game will be the home opener for the Warriors who are much in need of the Arapahoe crowd after starting the season on the road for the first two games. The weather is calling for near freezing temperatures and precipitation. It will be cold and it will be an uphill battle for the Warriors, but one they can win. Cue the football nostalgia.

Offensive Outlook: The Warrior offense has their work cut out for them in this match-up. They are taking on a defense that has allowed 6.5 points per game and dominated the defensive side of the ball. Junior quarterback Peter Mitchell will need to get the ball off quickly against a Grandview defense that has 12.0 sacks, in addition to 3 quarterback hurries. If the Warriors can put everything together offensively, the outlook for this game improves immensely.

Defensive Outlook: The Warrior defense will need to have their best game of the season to spell the Wolves’ offensive attack. Grandview brings a very balanced scoring scheme with five touchdowns through the air and four touchdowns on the ground. However, the game will hinge on the quarterback play of senior quarterback Cody Summers. Summers has been average in the passing game to this point in the season. If the Warrior defense can limit Summers effectively, a Homecoming win is not an impossibility.

Prediction: After two up-and-down games, the Warriors rally and put everything together on both sides of the ball. It will come down to the last drive, but Arapahoe stuns Grandview and wins 24-21 on Homecoming.